Attention Deficit Disorder (ADD) and Attention Deficit Hyperactivity Disorder (ADHD) have become a medical craze of unparalleled proportions. As many as 20% of children (some estimates are higher) - the majority of them boys - are now on any of a number of drugs marketed to treat ADD, or ADHD (Ritalin,[1] Cylert, Dexedrine, Adderall, Attenade, Concerta, Focaline, Metadate, Strattera...). About 35% of all children referred to mental health clinics are treated for Attention Deficit Hyperactivity Disorder.
It is one of the most prevalent of all childhood psychiatric disorders, although ADD / ADHD is a common diagnosis for adults as well.

With attention deficit and Behavioral Problems at times running in families, many medical researchers are convinced that a genetic component is driving this condition, with several independent studies [2] pointing to a genetic overlap with other neuropsychiatric conditions such as autism spectrum disorder, schizophrenia, and bipolar disorder.
Some doctors believe that there may have been damage to the brain during pregnancy or delivery, from drug use during pregnancy (e.g. acidominophen / Tylenol),[3] from alcohol, from overexposure to radiation, from infectious diseases, toxemia, etc..., while after birth, ADD may result from meningitis, seizures from fever, head injury, encephalitis, or heavy metal toxicity.

Other practitioners disagree and cite lack of evidence for any of these claims, going as far as calling ADD another example of "scientific medicine" inventing a psychiatric label when it cannot explain, resolve, or find a physiological cause for specific medical symptoms.

This may certainly be true with another behavioral condition called "Oppositional Defiant Disorder" (ODD), that is marked by temper tantrums and a defiant, uncooperative and hostile conduct toward authority figures. 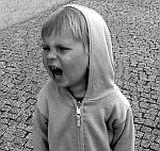 About 10% of children fall into that category where their disruptive behavior - including hitting, kicking, and swearing - frequently gets them expelled from kindergarten or school. While psychiatric labeling may take away the blame from a problem child or the type of parental upbringing, it still doesn't change the fact that ill-behaved children have always been around. However, they either had to smarten up, or suffer the consequences of becoming a dysfunctional adult - or even ending up with a criminal record.

How safe are the Drugs used in the treatment of ADD?

Proponents of drug therapy claim that symptoms of ADD are caused by neurological dysfunctions within the brain and point to studies done with PET scans confirming that there is a definite difference in brain functions between groups of individuals diagnosed with Attention Deficit Disorder, and those without it. According to their theory, specific chemicals called neurotransmitters may be lacking in individuals with ADD, and where subsequent to taking medication, brain activity appeared to be much more like that of the normal group.

They also claim that the areas of the brain in the ADD group with below-normal brain activity are known to be associated with such functions as attention, concentration, as well as planning and organization. Those same proponents also stress the relative "safety" of these stimulant drugs, while being successful in decreasing hyperactivity, and at the same time improving attention span in approximately 70% of those treated - with only 5 - 10% getting worse.
As a result, these drug-treated children supposedly feel better about themselves and enjoy better selfesteem, with no evidence that being treated for years with stimulant drugs will have a greater likelihood of abusing drugs or narcotics during their adolescent years.

However other research shows that many children who have taken medications for Attention Deficit Disorder or Attention Deficit Hyperactivity Disorder continually have drug addiction problems with either legal drugs and/or illegal drugs for the rest of their lives. One reason for this could be that they have been conditioned to believe that taking drugs will solve life's problems and difficulties.

Ritalin (methylphenidate) is classified among Schedule II controlled substances, which have a high abuse potential with severe psychic or physical dependence liability, and are substances that have therapeutic utility. Schedule II drugs include amphetamine (Dexedrine), cocaine, morphine, codeine, opium, pentobarbital, oxycodone (Percodan), and others. Ritalin has been sold on the black market as a form of speed.

Some side effects encountered with these stimulants include personality changes characterized by a state of excitement, confusion, suicidal thoughts, depression or withdrawal, as well as loss of appetite, weight loss, irritability, restlessness, sleeping problems, stomach ache, headache, rapid or irregular heartbeat, elevated blood pressure, and sometimes muscle twitches of the face and other parts of the body, which could lead to Tourette's Syndrome. There is also some controversy of whether these drugs cause suppression of growth.

What are some Medical or Nutritional Causes of ADD / ADHD?

Patients diagnosed with Attention Deficit (Hyperactivity) Disorder may fit one or more categories:

Times have certainly changed... particularly in regard to Mental Health! Visiting shopping malls, hair salons, or even many of the better dining establishments can be quite an awakening experience in the way many of them see fit to musically entertain their customers. Emphasis used to be on providing a relaxing atmosphere with ambient 'elevator-type' of background music to enhance that shopping or dining experience. Now, one establishment is trying to outdo the other by greeting the customer right at the door with their canned heavy metal beat, which is only challenged by the tinted sports car driving by with its mega-watt audio system creating a sonic boom within a mile radius.

In most cities, searching from one end of the dial to the other, one is hard-pressed to find a radio station that still caters to normal, well-adjusted, non-medicated adults, who prefer to get through the day without having their brain tortured with that driving beat.

Likewise, videographers used to pride themselves in applying every possible skill to stabilize their shots to provide smooth video footage for their audience. Now, their pieces of "art" consist of rapidly zooming in and out a minimum number of times per minute, tilting their cameras side to side, while continuously moving around as if suffering from an 'Ants-in-the-Pants' syndrome.
In turn, video editors complement these "master pieces" by trying to utilize every possible strobe effect, bright, flashing light and head-spinning transitions their editing equipment has to offer. What used to be an excuse for amateur home video has graduated into acceptance with many commercial video productions.

The reward for sitting through these news, commercial, documentary or Hollywood-style video exhibits could be a pounding headache for those who still enjoy the possession of an unadulterated brain, while the sound-enhanced flashing of animated cartoons is just waiting to give some kids the ultimate trip in form of a brain seizure - as happened to hundreds of Japanese children some time ago.

Just like a change in lifestyle is preferable to numerous dietary remedies when trying to lose weight, a change in lifestyle / recreational activities, and better nutrition - if indicated - is also preferable to drug treatments with children and adults when dealing with ADD, ADHD and ODD. Admittedly, with the cult-like following the video, music, and motion picture industry enjoys, and considering the number of prescriptions that are written for mental health problems every year, this seems like a difficult - if not impossible task.